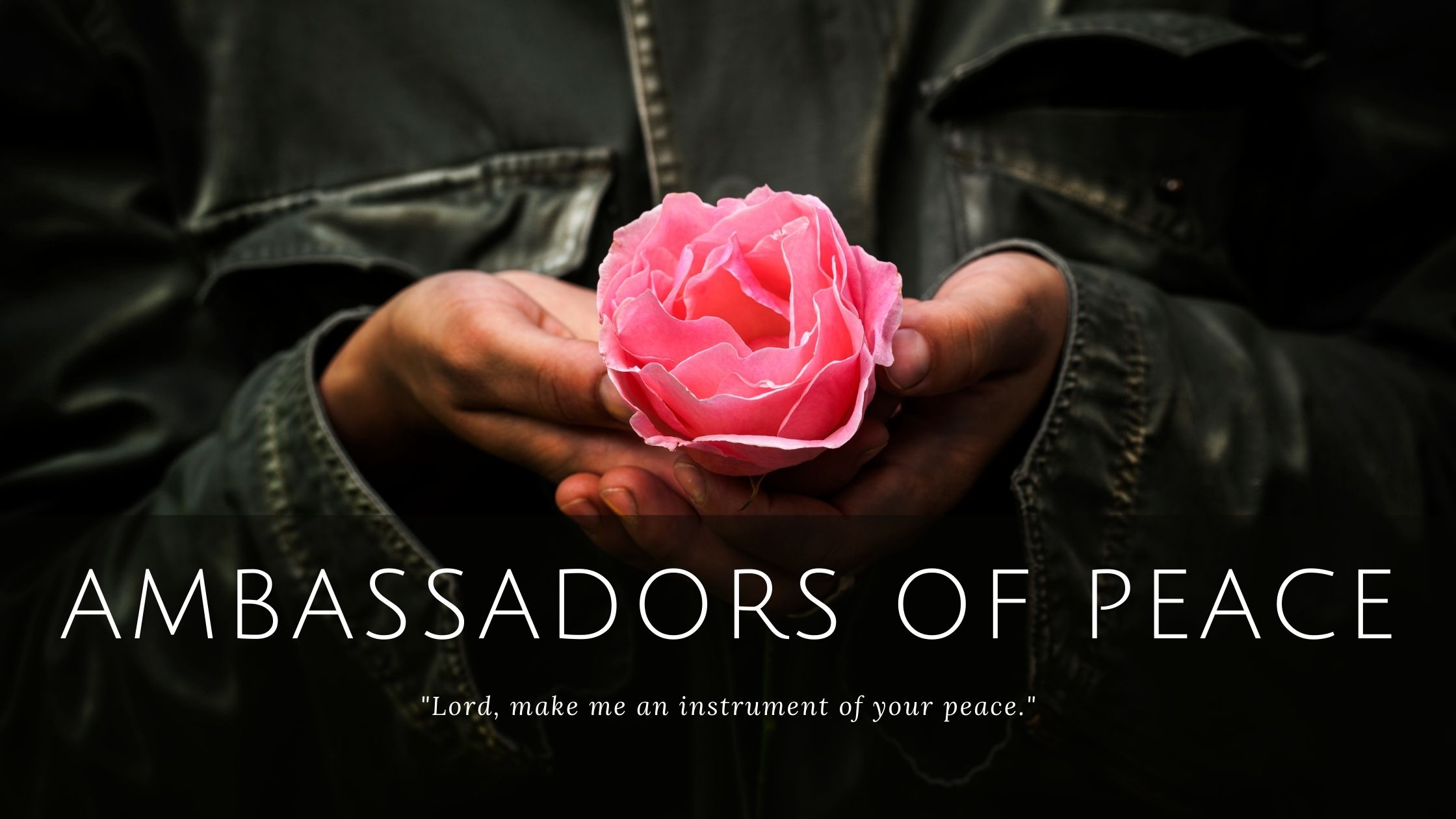 In times of chaos, we are called forth to be ambassadors of peace. With the apparent division in our society, something the whole world is sharing, peace can be hard to come by as we are greeted with judgment and screams from ideologies. Truth is warped and twisted as misinformation and disinformation run rampant through the airwaves. These are times when we must be ambassadors of peace and listen to our soul as we remember our humanity and that the tactics of division are tools of the darkness and not of God.

An ambassador of peace, sounds like a big job. Yet, it truly is within your grasp. You are that powerful. We are living in a time where change happens so quickly that distraction takes over discernment for most of us. That can be unsettling as we seek to know what is going on in the world as more is uncertain than certain. 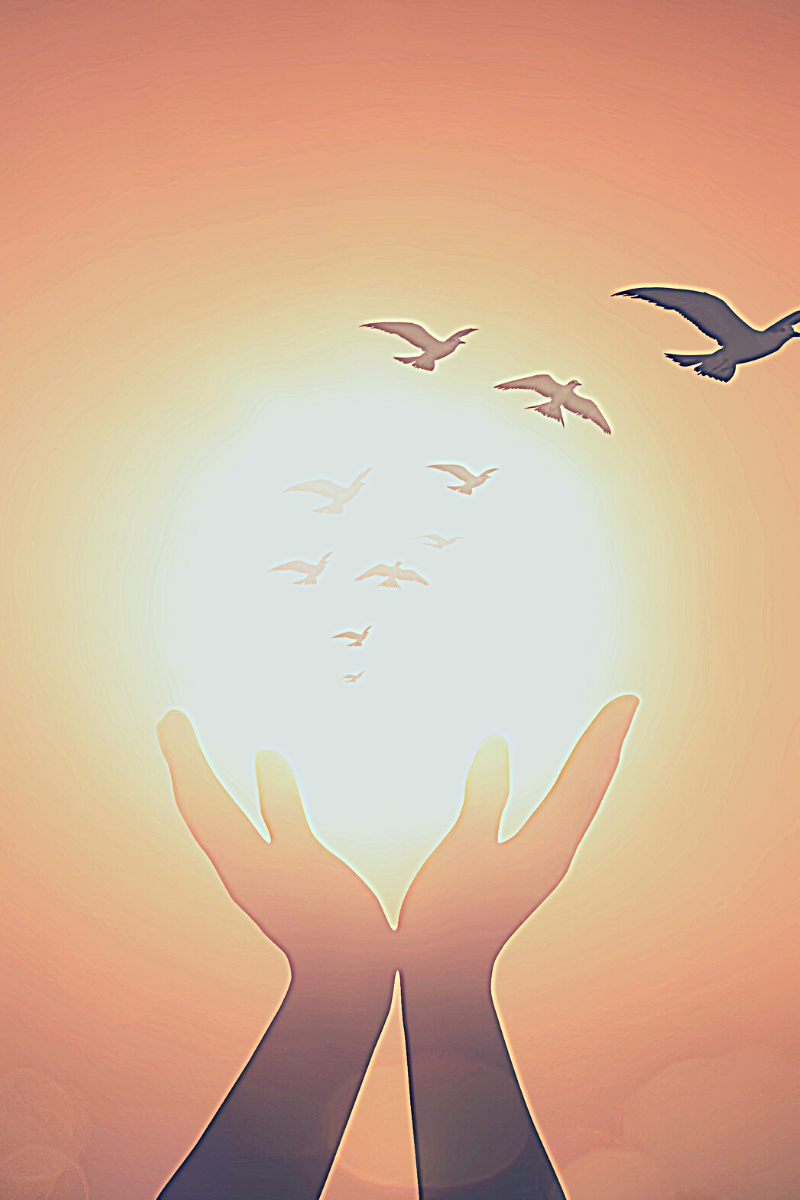 Right now, a small group of people, with very loud voices, are overpowering those who wish for transparency and freedom bringing forth animosity furthering the division within humanity. Most human beings want the same thing, harmony and unity, yet that is hidden from view when we use labels and shout at each other for not agreeing. We live in a time where the media has redefined our words such as freedom, unity, and peace. The manipulation of the talking heads is so provocative that they still have an audience as millions still subscribe to their services and keep active social media accounts giving those who control us with information the space to continue to do so.

​​“He who establishes his argument by noise and command, shows that his reason is weak.”― Michel de Montaigne

If we look into the history of “struggle sessions,” we will see they have made themselves relevant again as people feel it is their duty to bully others and shout at them until they cave into what is demanded by the crowd. ​​While these groups of those who seek conformity under the guise of unity appear to be mighty in size, they are not. If they were, they would not have to use force and bully tactics to make people conform. If the cause is worthy and righteous, there will be no issue in gaining numbers.

If we are able to anchor the energy of the words, “Lord, make me an instrument of your peace,” we are reminded of where we hailed from and why we are here.

The loud voices of misdirected souls, can cause us to doubt their abilities to bring good into the world. We become defensive when we are controlled or bullied. Like any living being, we do not want to do something against our will nor do we want to be trapped. When we get defensive, we strengthen the offense. We begin to feed the very energy in which we wish to dispel or disempower. We fail to see the good in these souls who are fighting a battle, though the tactics are misguided and handed down to them from trained individuals who are privy to the psychology of humanity. 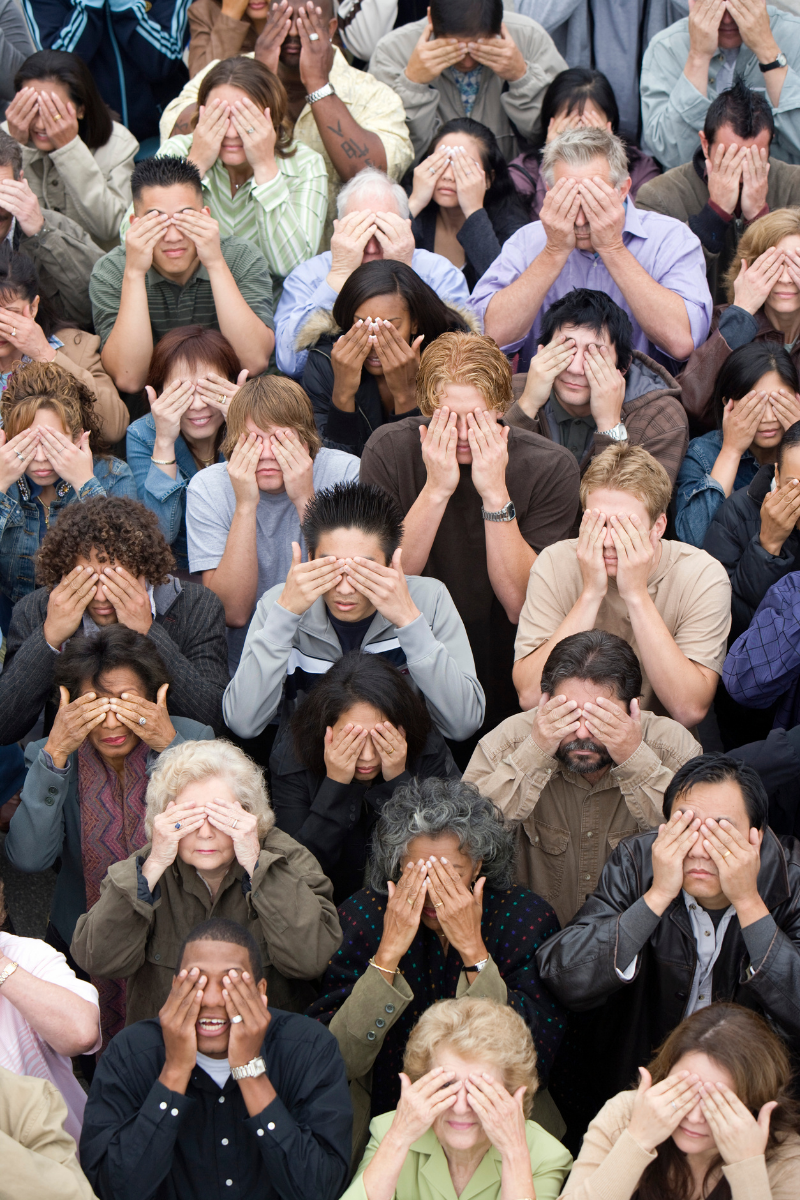 We cave because peer pressure is very real. We listen because we are plugged into the news and see what happens to people on social media when they speak against the mainstream narrative and those who desire violence, discord, division, and demand we judge others by labeling each other.

We have been programmed to dehumanize each other.

If we open ourselves to compassion and view all people as humans, our fellow brothers and sisters, we will see them as living life with a handicap, incapable of viewing themselves as instruments of peace, as they view themselves as instruments of destruction as their beliefs are founded in dismantling, destroying, and erasing anything that goes against the world they wish to create. To create a new world for them, they believe they must destroy what exists and has existed rather than evolving and growing together. These instruments of discord are the perfect tools needed to keep us in fear and divided. We must not be the very thing we wish to dismantle. We must rise above and be ambassadors of peace. ​​​​​​​​If we listen to these voices it tends to provoke the worst reaction in us. We judge, we hate, we fear, we expect the worst, and hope for their demise. That is not who we are at our core. It is who they want us to be so we can stay stuck playing their game. We are not to respond to ill will with ill will, but with mindfulness and peace. These loud voices, when given credence and attention can introduce fear, suspicion, and separateness. Right now, many are seeking revenge and punishment against those who do not think the same or support the same people and this can break some people apart as this secludes people rather than includes them into a world of unity and togetherness.

As long as we are enemies to each other, we keep our eyes off of those who gain from our division.

​​​We might find ourselves wanting to fight those who disagree with us, making them see the truth. “Maybe if only they saw it our way, they would change.” They feel the same way about their point of view as you do about yours. It becomes a battle of wills as we spend our energy convincing each other to join our side, our cause, help us fight our battles when at the very foundation of who we are as a society is one massive group against an even smaller army of people and we outnumber those who use us as pawns and soldiers in their wars. ​​​​ 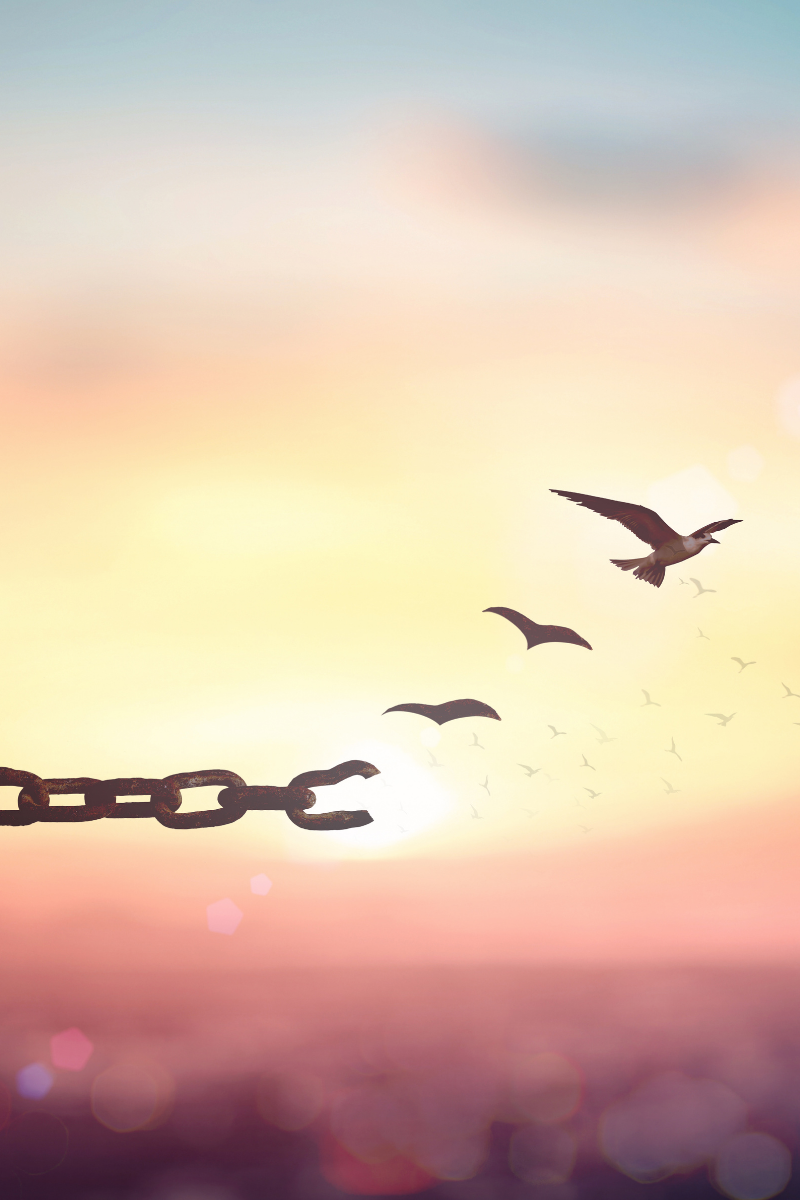 There is truth that individuals who are in power desire control and conformity. With control and the lack of individualism, not allowing people to be who they are or think and speak freely gives them more power and even more control as they thrust their hammer and cancel out the voices of those they do not like. They cannot do it alone, they need our compliance and therefore, you see the birth of a perfect and well-crafted narrative which births a groupthink, mob mentality harbored by individuals who have a tendency to believe authority is theirs because they are on the side of the loud voices. These voices are in the forms of our media as well as social media influencers. If we are not careful and constantly questioning our own beliefs, we may find that we have allowed this group of people, these loud voices to think for us. At the heart of anyone who falls into these traps, is pure gold that has been covered in pyrite, fool’s gold. Scattered amidst the screams of chaos are voices of reason. We have people who are willing to go against the mainstream and speak out against the injustices caused from the army of discord. Several people have lost their jobs and tarnished their reputations for speaking against the control and manipulation. These instruments of logic and peace are blessings for those who have yet to find their voice in the chaos of all the noise. This builds a community where people support one another and no demands of beliefs, thoughts, or conformity are needed. These voices have the potential to bring out the best in us and the worst in others who are fighting for the silencing of thoughts and speech that goes against the manipulated narrative.

This is where our hope for the future lies.

Truth will prevail and unconditional love is the curator of peace. We have stopped celebrating culture, differences, and brilliant minds and shower affection to those who keep us in a brainless state with our money, time, and energy. Our feelings and the energy of our thoughts are contagious. ​Think about how you feel when you are in the presence of a kind person, who exudes love and peace. You want to wrap yourself up in their energy like a warm blanket. Now, think about a person who is constantly in fear, worry, and lacks the ability to grow and bring balance into their life. This is how powerful feelings and thoughts are. This is where the revolution begins. Inside our minds expressed into the world. ​

If you are interested in assistance and guidance while you embark on your journey of shadow work, self-discovery, or perhaps assistance in the Akashic Records, it would be my honor and privilege. Click here to set up an introductory phone call to schedule something. Spaces are limited as I am only working with a few clients at this time.

We are in the middle of a war. A war of our minds

We like to think of ourselves as open minded indiv

We are entering some interesting times aren't we?

Our media is designed to create conflict, choose s

This is ALL BY DESIGN. The media has been creating

On this All Hallow's Eve, may we remember that lif

Within the depths of each soul lies the desire to

If contentment was the lowest emotion you were abl

Every day, every hour, millions of souls are prayi

Sometimes, what we think we want or need isn't in

We are able to better manifest love, peace, light

Be mindful of your words. They carry energy. Be mi

I know it's hard to shine that gorgeous light of y

May you be open to receive all of Life's treasures

Here's the deal...we have choices every single day